What do we do in summer when our homes are hot, you switch on the air conditioner. The Air conditioner has become something we all take for granted. Not so long ago it was considered a luxury or even a novelty. Everywhere you go today there is air conditioner and it is used all year round to control the climate. In the office, at home, in the shopping mall, cinema and of course the car. We can’t escape it so it seems and one would not automatically see air conditioner as a problem. The use of air conditioner without the correct insulation in your ceiling is very costly. There are a number of the harmful effect of Air conditioners use in cooling homes.

that is the problem but more the way the electricity is produced. The vast majority of power stations burn fossil fuels to produce electricity and herein lies the problem. Fossil fuels pollute the atmosphere with poisons and CO2. In fact, CO2 and these poisons cause acid rain and global warming. As you can imagine the harmful effect of air conditioners to cool homes is affecting the planet.

More Facts on The Harmful Effect of Air conditioners

20% of the national consumption of electricity in the USA is made up of the use of air conditioning. That 20% is close to 100% of the total electricity use in Africa. Begin to see the problem? Now a well insulated home with the correct thermal insulation could reduce this harmful effect of air conditioners by as much as 35 %.

And don’t let the fact that you are using green fuel convince you that air conditioner is less harmful. Air conditioners powered by solar or 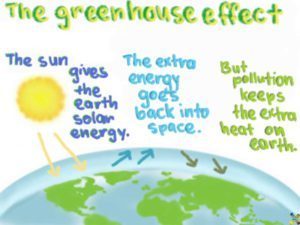 coal produces heat and this causes heat spots. The vast number of air conditioners in use has resulted in massive heat spots purely because of the heat they throw back into the atmosphere. These heat spots alter natural weather patterns. This alteration results in acid rain and global warming.

Look at how Air conditioner Cools You

Air conditioners used to use CFCs (Chlorofluorocarbons) for cooling and these have been replaced by HCFCs (Hydro Chlorofluorocarbons). CFCs are harmful to the ozone layer; HCFCs are about 90% less harmful bit still harmful. With the increased number of HCFC air conditioner units in use, the 10% harm has come close to equalling the harm CFCs did and ozone recovery has been set back by 25 years.

The USA and other first world countries have banned HCFCs. And have started to use more environmentally friendly gasses and chemicals in air conditioners. This move has seen an improvement in the ozone layer but it has come at a financial cost. HCFC free air conditioners are much more expensive than those using HCFCs and subsequently, the developing world cannot afford them. It will be at least 30 years until countries like South Africa stop using HCFCs.

Because air conditioning units contain HCFCs and some even CFCs disposal is a problem. It is very easy for the harmful chemical to leak or escape from old air conditioners units being disposed of. Because of this strict legislation must be adhered to in the disposal of such units. South Africa has such legislation that requires the recovery and recycling of the hazardous gasses and chemicals.

Medical evidence is rising that suggests air conditioners is not good for your health. Poorly maintained air conditioners are especially bad and the increased cases of ear, nose, and throat infections are evidence. Those who suffer from asthma and those with allergies are also at higher risk in an air-conditioned environment.

But There is Something That Can be Done

South Africa accepts that the environment is a high priority and legislation has been implemented in this area. Further to this South Africa is part of the Montreal Protocol that will see the use of HCFCs phased out between now and 2040.

South Africa has also brought into law the SANS legislations. This legislation is designed to help in the building stages to make homes more energy efficient. In doing so we need to rely less on air conditioners as our homes will be cooler. In fact, the legislation has divided the country into zones. Each zone has to achieve a compulsory R-value in order to be compliant. The Western Cape has to have ceiling insulation installed achieving an R-value of 3.70. This on its own will reduce the temperature in the home by up to 4 to 8 degrees on a hot summer day. Ceiling Insulation will also help in the amount of power consumption that the air conditioner uses.

There some simple things that can help cool you down and reduce your reliance on air conditioners. 5 simple ideas to keep you cool are